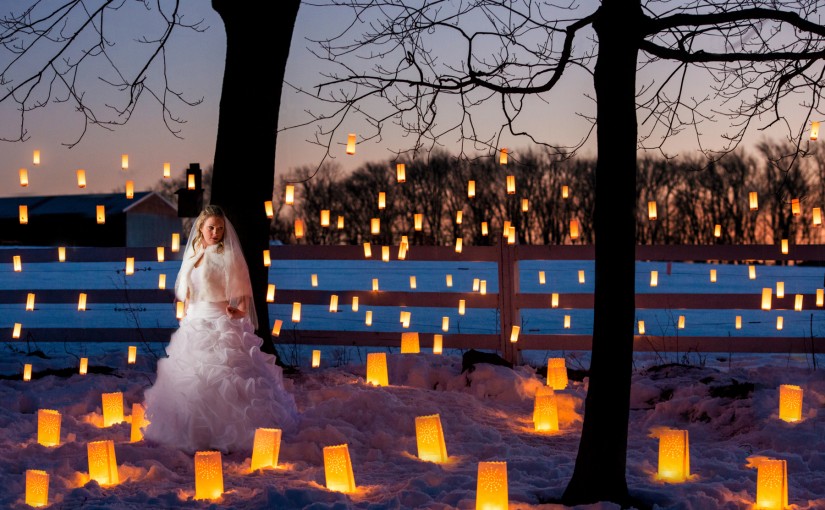 Art After Sessions are included in any wedding package when Doug is your lead photographer.  Doug loves to try new things and isn’t afraid to spend time and energy on a visually exciting idea.  Stacey chose a theme of candles and Doug began coming up with lots of ideas.  He finally settled on floating candles like in Harry Potter.  It took two days to prep.  Doug, his wife Michelle and his three girls cut out and taped over 100 paper tubes, taped in tea light candles, hung them in trees limbs and on a network of string that crisscrossed above.  On the day of the shoot the winds picked up and the tea lights would not stay lit.  Doug and Michelle tried over and over but it didn’t look like it would happen.  But after a quick prayer, the winds died down and the tea lights finally lit up!  Just at sunset too!  Stacey’s mom Teri tagged along and was a huge help!  She held lights and lit candles and even helped with a flash.  It was several days of planning, testing, creating, hanging and worrying but it turned out beautifully!  Enjoy our latest Art After Session.